Hoa Lu Ancient Capital Festival known as Truong Yen Festival is a traditional festival held to commemorate two kings Dinh Tien Hoang and Le Dai Hanh who contributed to the establishment Dai Co Viet Kingdom (an ancient Vietnamese kingdom) and build the Capital Hoa Lu. The festival has existed since the Capital Hoa Lu became an ancient one. The festival has largest scale in years with the end numbers are three, five, eight and zero. It is celebrated in spring, on the fifteenth of February of lunar calendar which is considered as the birthday of Dinh Tien Hoang King or on the eight and thirteenth day of lunar third month.

The ceremony begins with a water procession. , the greeting group starts from Dinh Tien Hoang’s Temple and move towards Hoang Long River. The preparation for the procession is quite elaborate. The day before the opening ceremony,  local people chose a big bamboo on the banks of Hoang Long river and tied a yellow silk band with the best wishes written on it to the top of the bamboo. When the group reach the river, they get on  dragon boats and row to the middle of the river. They start to throw papier mâché down the river to show the respect to Ha Ba and hope to get a good luck and peaceful year. Afterwards, the host of the ceremony throws a cloth circle onto the river  and then take water from it to pour into a jar covered with red cloth . This jar is brought back to the Temple.

Right after coming back to Temple of Ding King and Le King , the group carry out a worshipping ceremony. To begin with, the host makes a worshipping speech, which is divided into nine paragraphs. After each of the paragraphs is finished, a man and a woman will sing a Ca trù tune in order to explain what the host has just said. 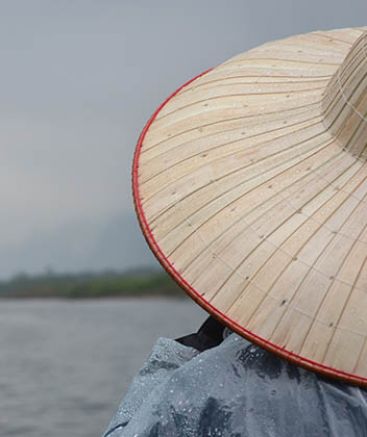 Trang An Festival is held annually on the 18th of the third lunar month to commemorate the legendary national hero Saint Quy Minh for his contributions to protecting the country.

Thai Vi Temple Festival occurs annually on the 14th - 17th of the third lunar month in the memory of the Kings of the Tran dynasty and their great contribution to the country.

People of the Non Khe Village hold an annual festival on the 14th of the first lunar month to honor the memory of their ancestors.